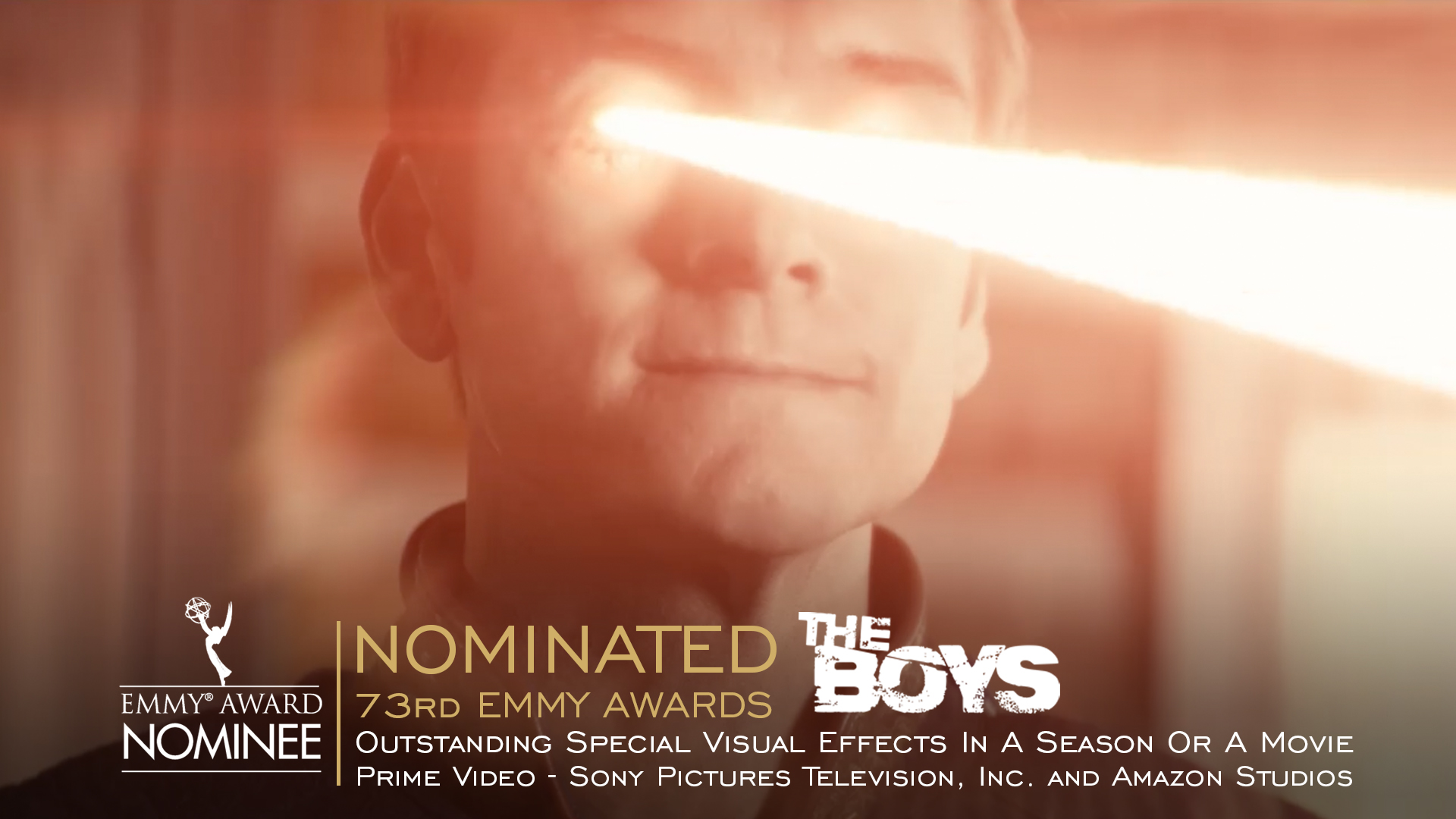 July 14, 2021 – Rocket Science VFX has been nominated for an Emmy in Outstanding Special Visual Effects in a Season or a Movie category for their work on THE BOYS S2 at the 73rd Emmy Awards. All nominations were announced yesterday by the Academy of Television Arts and Sciences.

“It has been an absolute pleasure working with Eric, Stephan and Shalena; as well as collaborating with the whole production team on The Boys. Our team has produced some stellar work. Its an honor to be recognized by our peers. Congratulations to all of the other incredible nominees”, says Anthony Paterson, VFX Supervisor/Managing Partner.

As one of the major vfx partners on the hit Amazon series, Rocket Science has contributed over 500 shots, consisting of large scale CG crowds, CG exploding heads, CG gore/blood and specialty effects work, including Homelander’s laser eye effect as its seen slicing and dicing cast members.

The Boys is a fun and irreverent take on what happens when superheroes – who are as popular as celebrities, as influential as politicians and as revered as Gods – abuse their superpowers rather than use them for good. It’s the powerless against the super powerful as The Boys embark on a heroic quest to expose the truth about The Seven, and Vought – the multi-billion dollar conglomerate that manages these superheroes and covers up all of their dirty secrets.

Production and post on THE BOYS Season 3 is underway.