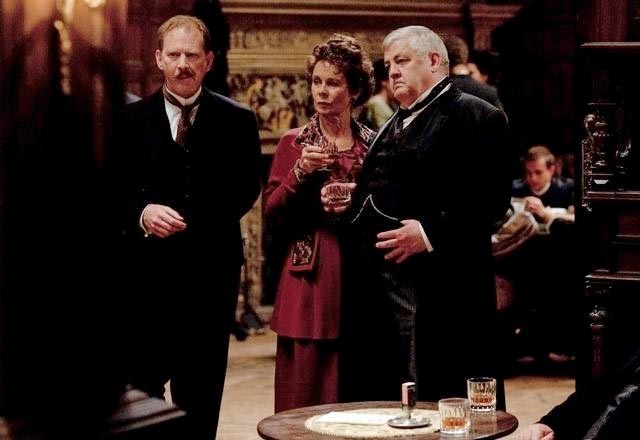 Rocket Science VFX is proud to announce the 2013 BAFTA award win of company president, Tom Turnbull and the studio for its work on “Titanic”, presented at the British Academy TV Craft Awards Ceremony in London. The win for the Julian Fellowes’s penned epic miniseries “Titanic” (ITV/Shaw/ABC) represents Rocket Science VFX’s second award, having also picked up the 2010 BAFTA for “Day of the Triffids” (BBC).

Tom Turnbull, in his role as overall VFX supervisor of the miniseries supported director Jon Jones in his creative vision and the executive team throughout the filming of this incredible production. Tom later oversaw the close to 500 VFX shots completed in Toronto and Hungary in Post Production.

“Fortunately, thanks to Sienna Films. We had one of Canada’s top VFX supervisors, Tom Turnbull, a BAFTA winner for Day of the Triffids. Tom was with us throughout the shoot, and oversaw the immensely complex and demanding process“, reflected show runner and esteemed UK executive producer, Nigel Stafford-Clarke.

The dedicated artists of the creative team at Rocket Science VFX delivered 289 shots in all, including a fully CGI sequence of the iconic scene of Titanic colliding with the fatal iceberg, elaborate set extensions and environments of the ship, water, decks, and lifeboats, digital doubles, cgi water and smoke. The physical set of Titanic was immense at 2 ½ stories tall, over 150 feet long and filled the Budapest film studio. The actual vessel, however, was so vast that the set only represented less than 5% of the ship, leaving Rocket Science VFX to recreate and fill out most of the ship’s imagery.

“Tom and I are incredibly grateful for the fantastic work of our talented team of artists and support staff to be honoured with this BAFTA win. This award reflects the company’s reputation for expertise in VFX supervision and management of the creative and operational challenges of international coproductions to produce compelling award winning imagery worthy of international recognition”, says Rocket Science VFX general manager Anthony Paterson.

The other visual effects companies and their artists honoured for their dedicated work on Titanic include Spin VFX (65 shots), Digital Apes VFX (64 shots) and Vertigo Digital VFX (55 shots).

A full list of the BAFTA TV CRAFT winners can be found at: http://awards.bafta.org/award/2013/tvcraft